Interview by Margaret Cooper in 2000 for the “Oxton Now & Then” publication.
Matthew Rogers, aged 14. Lives on Blind Lane, Oxton with his parents and sister, Harriet. 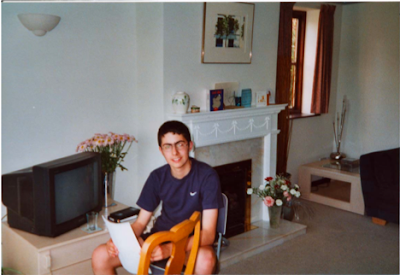 ” I’ve lived in Oxton for about the last ten years and I’ve enjoyed it”.

“I like it in Oxton, its fairly quiet. It’s a very beautiful place with all the fields and trees and everything, and the village life-style. We know most of the people in the village, and they know us which I think is good. There’s always things to do in the village, there’s Path Finders [Church youth group] and there’s all kinds of things going on in the summer”.

“There are quite a few of my friends from school who actually live in Nottingham so its hard to actually go and see them. You sometimes have to travel a fair way to go to the cinema, going to town and stuff like that, but I suppose there’s places not too far away like Arnold which is all right. That’s a problem with Oxton, its distance from the city centre”.

“I do sometimes feel fairly strongly about the environment because of course issues like global warming and the ozone layer and everything all actually come into force when people like me would be making some of the decisions [about] important things. So I feel quite strongly that we should try and protect the environment. It was enjoyable helping toads across the road and since its basically on our door step [Blind Lane] I was quite happy to help. I suppose there aren’t many people who can say that they’ve been helping the toads across the road”

“This year for my history project [at Nottingham High School] I focused on what happened in Oxton in the war, which was an interesting experience because I actually learned a lot that I didn’t know about Oxton before. This included an interview with Kathleen Crow and that was also very interesting hearing about her experiences. I suppose the community would have been even closer than it is today. There wouldn’t have been so many buildings in Oxton, and it’s a totally different world really because it was much more agricultural. Less people would commute into Nottingham, most of them would work actually in Oxton, so it’s very different”.

“I’m enjoying this particular stage of my life, I suppose the preliminary time to my possible career. So I’ll just have to wait and see what happens.”