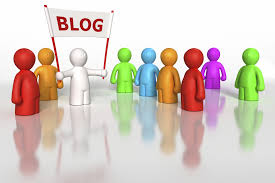 Best Kept Village Competition:- I’m afraid there’s been a very poor response to last months’ advert asking for volunteers who would be willing to offer their time to spruce up the village in the few weeks before judging occurs. Thank you to the three people who offered their time. Maybe all you dog walkers (and there are LOTS in the village) could keep your eyes peeled for rubbish and place it in the bins when you are out and about around the village walking your pets.

Parish Boundary Footpath Walks:-Please come and join us for a leisurely walk along Oxton’s’ footpaths for the annual “pounding the bounds”. The PC will set a date at its April meeting therefore further details will be published in next months’ Dover Beck, on the PC notice-board and here  on MyOxton.com  UPDATE: This year’s footpath walks will take place on SUNDAY 18TH MAY meeting in the village hall car park at 2:00pm. A separate article will be published asap on the website and also published in the May edition of the Dover Beck parish magazine.

Flooding Issues:-It turns out that the suspected “culvert” damage on Windmill Hill is in fact a natural spring which, due to the water table being at such a high level, outpoured onto road surface and then wound its way along Blind Lane past the PO onto main Street. I’m afraid there’s nothing the PC can do to stop it occurring in the future. But, as I say, it only occurs when the water table is high. UPDATE: NOTTS CC HAVE NOW CONFIRMED THAT THE WATER FLOW IS IN FACT CULVERT DAMAGE AND WILL BE WRITING TO RESIDENTS ON WINDMILL HILL REGARDING RIPARIAN OWNERSHIP.

Honeyknab Lane:- The dreadful state of the road surface on Honeyknab Lane/Fallows Lane has been reported on several occasions to Highways. The District Highways Manager has confirmed that County Council are aware that Honeyknab Lane is deteriorating but said it is proving difficult to maintain because as soon as pot holes are filled the material is getting washed out again. Oxton Estate has recently undertaken major ditching works on the lane side which will hopefully help control the water running off the fields. Unfortunately, due to budget cuts at County Council the lane is not currently on any works programme for more substantial treatment. The Estate is currently talking with the County Council to see if a way forward can be agreed.The repair of the culvert on this lane is ongoing and there has been a further collapse near the pumping station.

Environmental Weight Limit:- Last October I reported that Notts CC were proposing a 7.5 tonne environmental weight limit thru’ Southwell and its surrounding villages. I can report that the weight limit has been approved and is going ahead with an exemption for agricultural vehicles. The A612 will be downgraded to a C road between Lowdham and the junction with the A617. The B6386 will be become unclassified. Downgrading the roads means the routes will no longer be shown as suitable for HGV’s on satellite navigation systems used by the haulage industry and, interestingly, will not be highlighted as a short-cut for cars. Notts CC has confirmed they still have a commitment to maintain these roads due to high usage by local traffic. I am sure this weight limit restriction will be of great benefit to Oxton. Installation of new 7.5 tonne restriction road signs has already commenced in our area.

Village Hall 50th Anniversary Celebrations:- Plans are afoot for a fun filled day on SUNDAY 5th JULY  to celebrate 50 magical years of our lovely village hall. Further details can be found in this issue. Please get involved with the day and help make it a fantastic village event!

Minutes of Meetings:- Full minutes of meetings can be found at www.oxtonpc.org.uk and are now posted on the PC notice board.